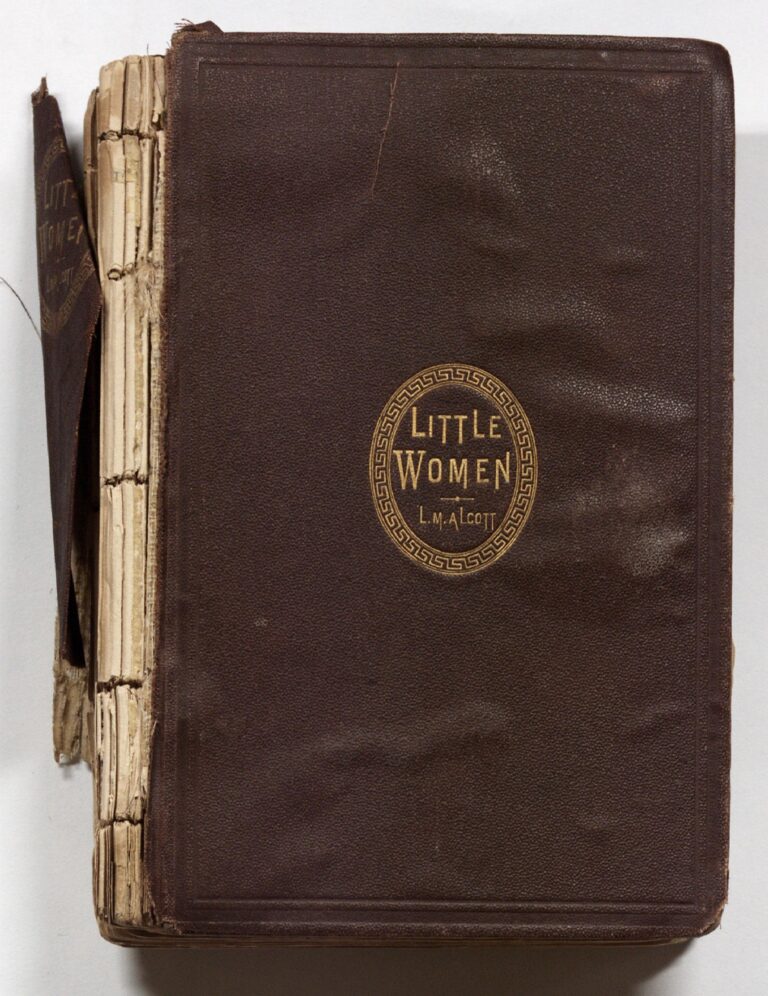 In February 2022, the Watkinson Library undertook a minor project to improve the finding aids for three archival/manuscript collections: the Roberts Brothers collection; Limited Editions Club collection; and the Dard Hunter papers. Amy FitzGerald, Processing Archivist in the Watkinson, reformatted the finding aids by transferring them from word processing documents and crafting new collection descriptions when necessary. Additionally, FitzGerald worked to refine the physical organization and labeling of materials. Now word searchable and available to a wider public in the ArchivesSpace database of finding aids, the collections are ready for an expanded audience of users interested in papermaking, the history of the book, women authors, and bibliography.

The 2019 feature film by Greta Gerwig Little Women has introduced a new generation to the nineteenth-century publishing firm, Roberts Brothers.

Located in Boston from before the Civil War until 1898, when Little, Brown, and Company purchased the firm, Roberts Brothers served as a venue for new, or newish, authors seeking commercial success. Some have derided Roberts Brothers as overly intellectual in taste or too provincially Boston in outlook. Notably, however, the question of publishing status may have mattered less to the authors who published with Roberts than the economic benefits. Like Louisa May Alcott, many of the authors were women who sought to pay family bills by writing.

The “Roberts Brothers collection,” a one cubic-foot manuscripts collection at the Watkinson Library, may be a remnant of the estate of the son of the firm’s founder, Lewis Roberts (1833-1901). Most of his papers and those of his editor Thomas Niles (1825-1894) relating to the business operations of Roberts Brothers were apparently sent in 1930 to be recycled as waste paper. However, it is said that some of the correspondence between Roberts’ staff and authors was intercepted, saved, and dispersed through various ways.[1] The donor of Watkinson’s Roberts manuscripts, John William Pye (Trinity College class of 1970), also donated over 1,300 volumes (of just under 1,300 titles). They comprise “The John William Pye Roberts Brothers” book collection, which may represent over half of the total output of the publishing firm.[2]

The Roberts Brothers’ manuscripts collection complements the books held in the Watkinson Library.[3] However, it ought be said that the overwhelming majority of the mostly incoming correspondence in this manuscript collection dates to the post-1880 period, after Roberts Brothers had achieved “affluence.”[4] About one-half of the incoming letters from authors—such as Helen Hunt (Jackson), Thomas Bailey Aldrich, and Mabel Loomis Todd—come from the period when Thomas Niles was editor and partner (1872-1894), while nearly the other half descend from the mere four years subsequent when Eugene Hardy took over the editing position from Niles until the firm’s sale in 1898.

The emphasis on the later letters may disappoint those looking for early traces of the Roberts Brothers’ imprint. But the collection still should interest literary scholars and book historians searching for clues to the ways that authors—half represented in this collection were women—interacted with one of the smaller, though well-respected, publishers of the late nineteenth century United States.

[3] In addition to the letters, the Watkinson Library’s “Roberts Brothers collection” also contains print ephemera and ten photographic albums of various designs, probably dating to the Civil War. Of these albums, some include cartes-de-visite of various people, including female authors Harriet Beecher Stowe, Jean Ingelow, and George Sand.

« Today in History: The Council of Trent and the Regulation of Printing
WGRAC Archives: Activating Herstory and Community at Trinity College »